Where the Rails Meet the Sails 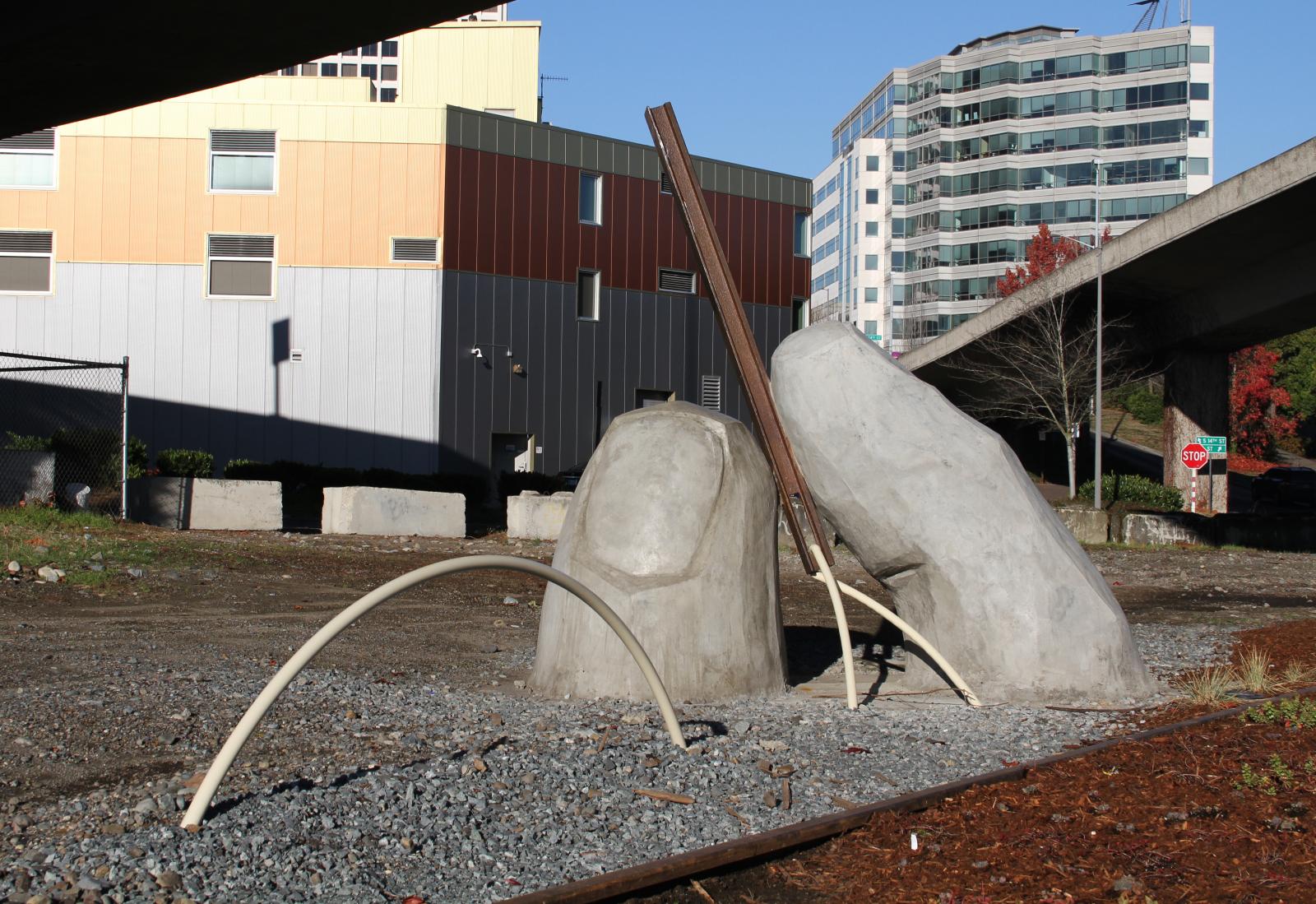 Where the Rails Meet the Sails, 2017 | Courtesy Rotator

Where the Rails Meet the Sails calls attention to Tacoma’s long history as a connecting point for people, places, and goods. In what ways does the city continue that tradition today?

Part sculpture, part mural, Where the Rails Meet the Sails takes its title from a late 1800s promotional slogan for the city of Tacoma.

Placed at the intersection of tribal lands, waterways, and railroads, this work symbolizes the interconnectivity of life in Tacoma. Acknowledging the region’s more recent prominence as a railroad and shipping hub, the artists used materials associated with those industries. Notice the salvaged piece of steel rail that serves as a larger-than-life sewing needle. The mural on the column behind you includes typography and graphic elements popular in the late 1800s. 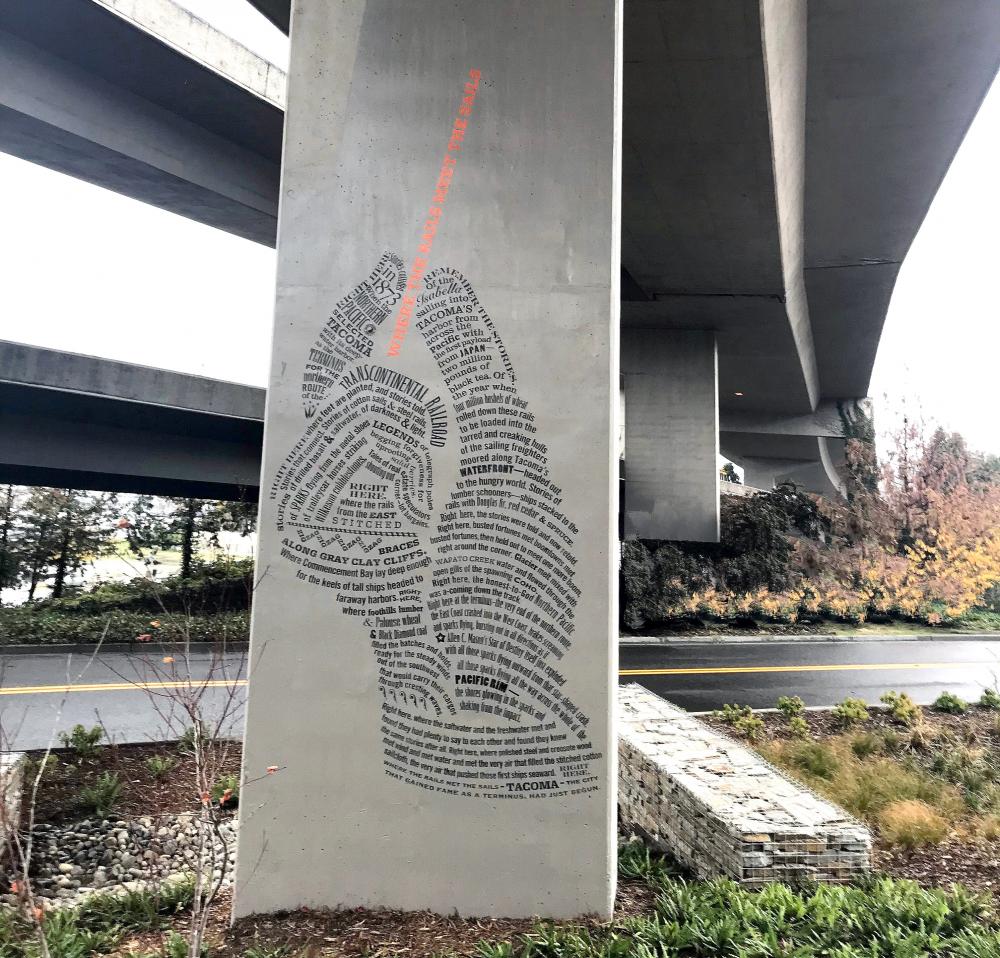 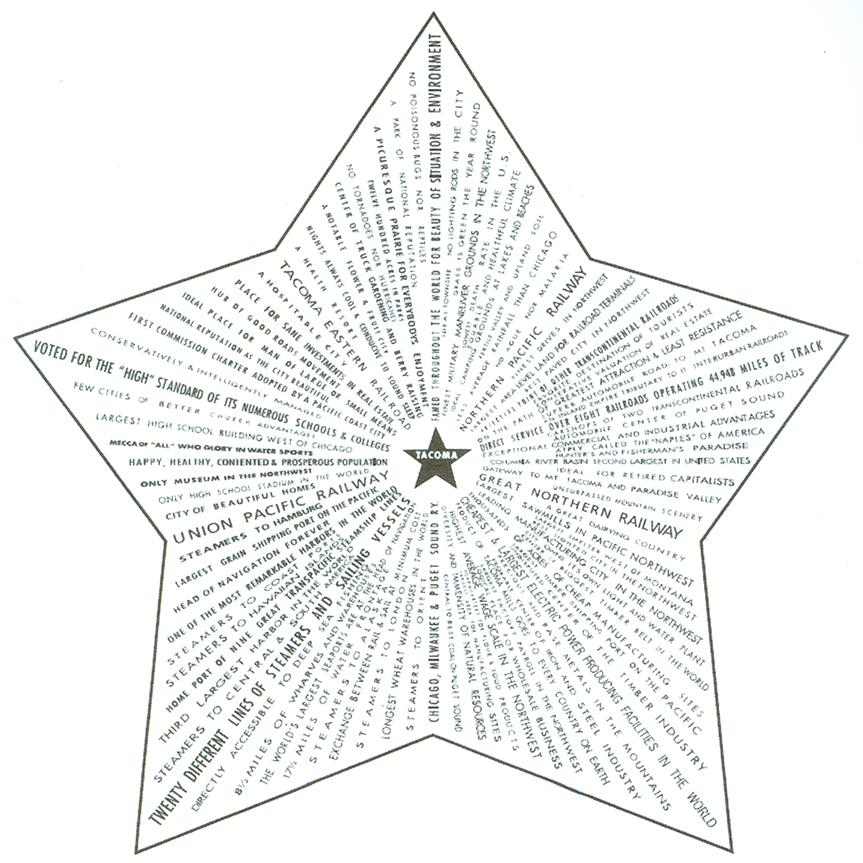 A family legacy of creativity in Tacoma

Graphic Designer, Mark Alvis, shares about how his great grandfather was a creative director and advertiser at Pacific Telegraph and Telephone company in Tacoma — and how it brought special meaning to this piece (recorded by Bryson Foster).

Rotator Creative is an agency located in Tacoma, working at the intersection of art, advertising, and community building.

Lance Kagey is best known for his Beautiful Angle street-art posters. They use poetry, design, and antique typefaces to celebrate Tacoma, much like his first permanent public art piece. For Kagey, Where the Rails Meet the Sails is a meditation on how the world is an incredibly connected place.

Mark Alvis, whose great grandfather worked as an advertiser in Tacoma, marvels at the opportunity to use his own design skills to commemorate the efforts of his ancestor and others like him.

Scott Varga designs everything from websites, to hot rods, to industrial sculpture. He sees a direct connection between the coming of the railroad in 1873 and the proudly working-class, global city Tacoma has become.