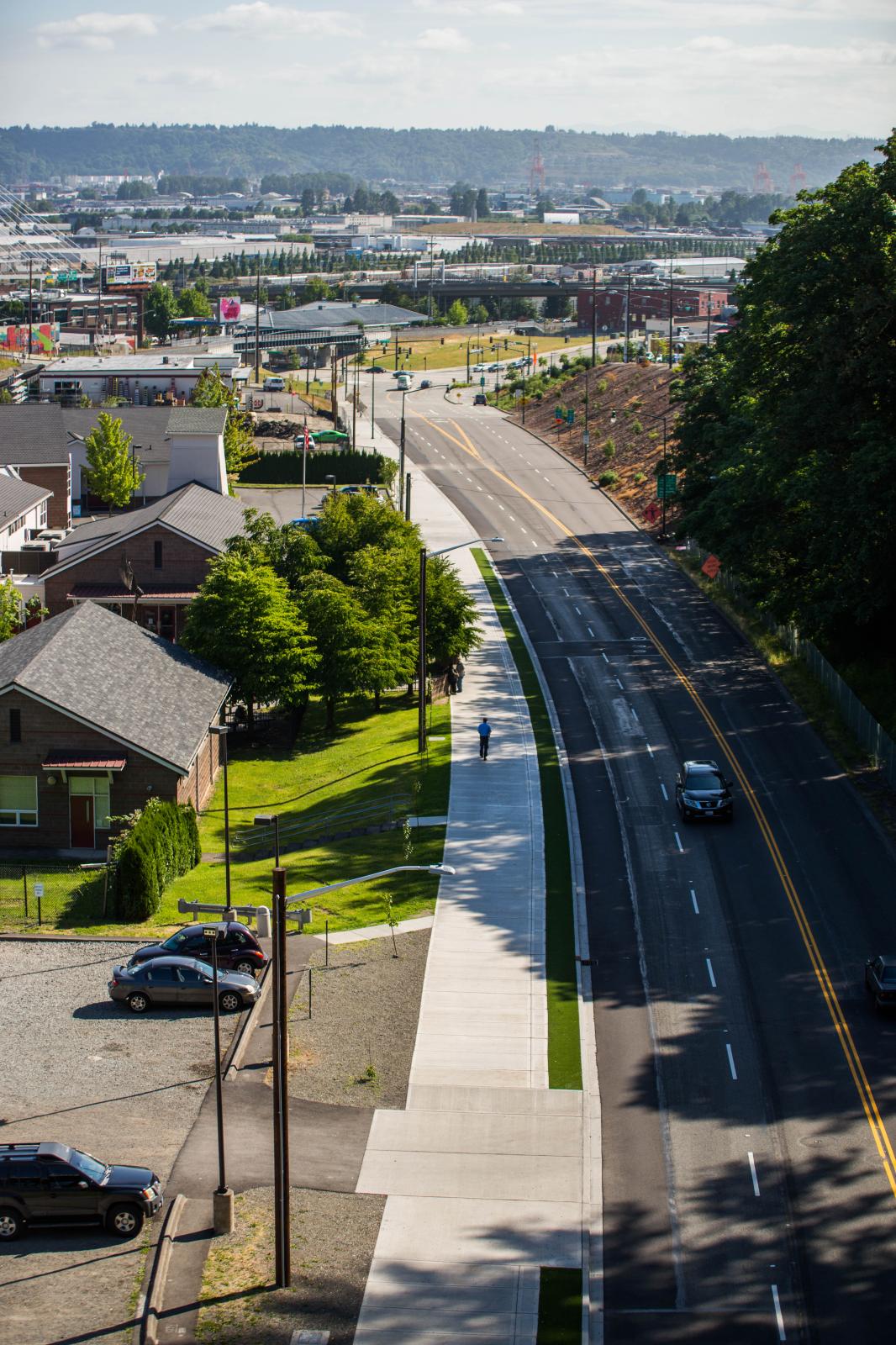 Following the path where a wooden structure carried water into Tacoma and along an early bicycle route, the Water Flume Line trail is a multi-modal trail, connecting our region with off-street bicycle and pedestrian infrastructure.

The Water Flume Line Trail follows the path where a wooden structure, or flume, carried water from Spanaway Lake into Tacoma over a century ago. The water carried through the flume supplemented a collection of existing wells, springs, and small communal water supplies to serve the early citizens of Tacoma.

In time, the water flume line was decommissioned and replaced by pipelines, wells, and pump houses. However, the pump houses seen along the new Water Flume Line Trail are still operational and provide water during periods of high demand or low river water. 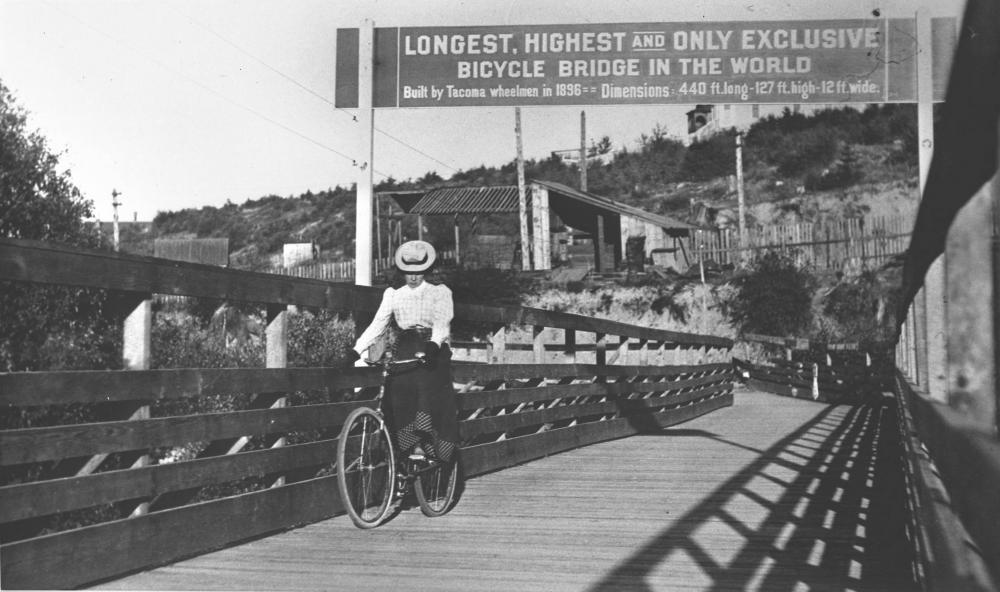 At a time before the automobile was king and few streets were paved, early Tacoma bicyclists advocated for the construction of a trail along the Flume Line, which commenced construction in 1898. Much of the old trail was built of wooden planks and iron straps to hold it in place.

Above the Flume Line, Tacoma once boasted the “longest, highest, and only exclusive bicycle bridge in the world,” near today’s Delin Street Bridge. Perched 110 feet high and spanning 450 feet, the bridge was funded by the sale of $1 bicycle licenses. Eventually, the trail stretched southeast from Tacoma to Eatonville and the foothills of Mount Rainier. Though the wooden bridge no longer stands, the City recently upgraded the Delin Street Bridge to incorporate bike lanes.

The Water Flume Line Trail restoration is part of a larger effort to improve pedestrian and bicycle safety throughout the city. Once completed, the trail will connect the Prairie Line Trail to South Tacoma and beyond.