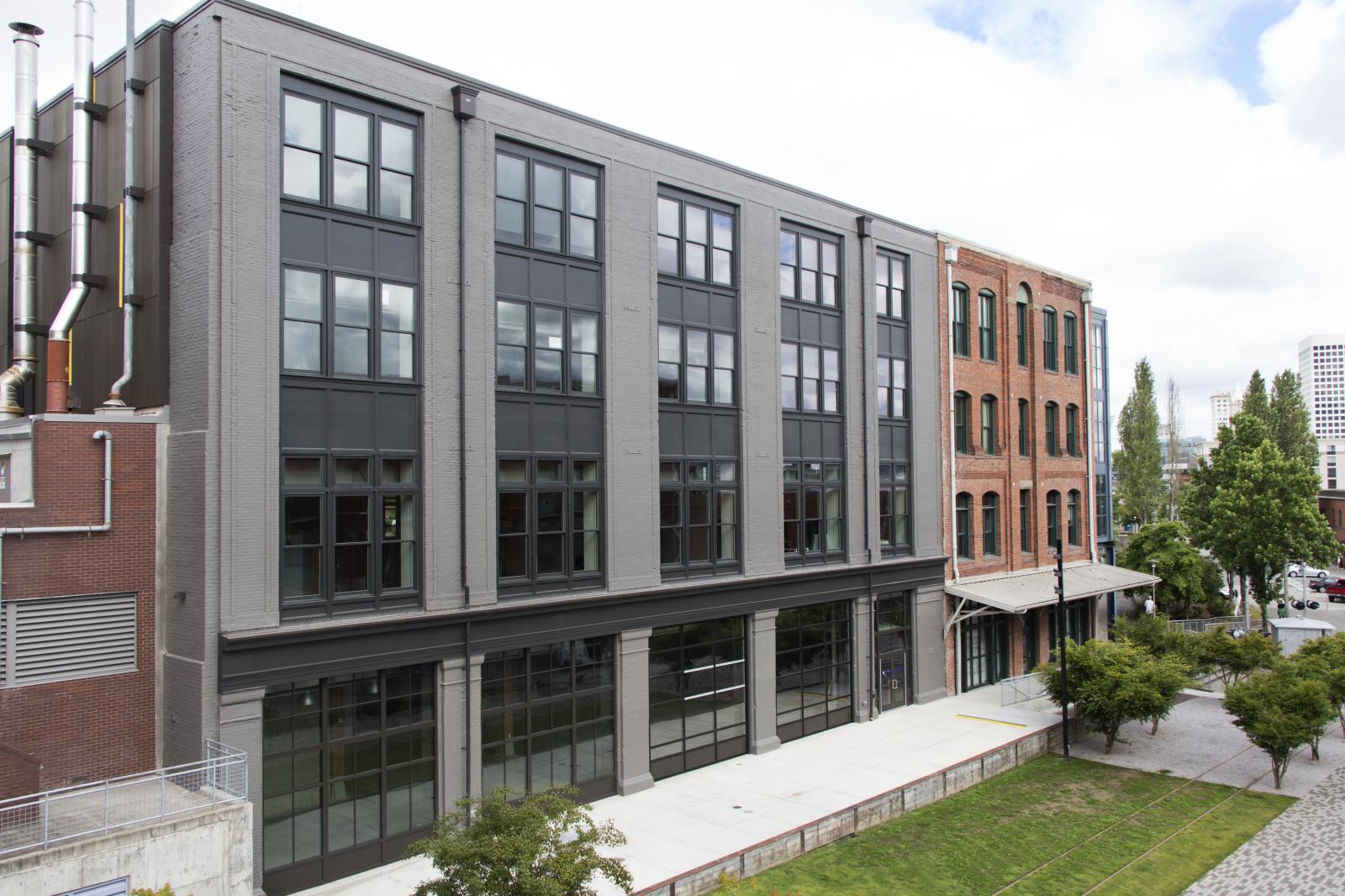 Erected in 1904 by the Tacoma Biscuit and Candy Company, the building is a relic of Tacoma’s booming candy industry. The manufacturers took advantage of Tacoma’s mild climate and proximity to the railroad, loading sweet confections onto rail for national consumption.

A sweet place for confections +

At the turn of the 20th century, the candy industry was flourishing in Tacoma. The location offered three assets to would-be candy-makers. First, the climate was mild, allowing for easy cooling of sweets. Second, the railroad offered ready access to incoming foodstuffs and made for easy export. And finally, the continuous arrival of rail passengers provided a stream of hungry customers.

The building at 1735 Jefferson was constructed by a local confectioner, the Tacoma Biscuit and Candy Company, and was optimized for candy making. (It was even called “the best cracker plant on the Pacific Coast.”) The building’s lowest floor opened directly onto the Northern Pacific Railway, with access to the loading docks. The second floor, at street level, held the company offices and sales room along Jefferson Avenue. The fourth floor had a cement floor specially designed so it could be hosed down, draining food waste directly out of the building – and said to be “the only candy floor of the kind in the West.”

The staff of the Tacoma Biscuit and Candy Co. posed in rows in front of the company's building, ca. 1921 (1976.65.11, Washington State Historical Society (Tacoma, Wash.))

The aroma of Tacoma +

After just a few years in business, Tacoma Biscuit and Candy Company was purchased by a Seattle company, closing the Tacoma location. But candy-making continued to be popular along the Prairie Line. A look around the district today shows vestiges of the city’s candy industry, including local firm Brown and Haley.

Eventually, the building was purchased by Tacoma Paper and Stationery, giving the building its contemporary name. The firm owned the building until 1953, serving as a warehouse for yet another well-known Tacoma product: paper. The byproducts of paper manufacturing weren’t nearly as sweet as that of candy, but the industry was growing in the city. Eventually, Tacoma became associated more with wood pulp than chocolate nougat, and earned the city's air its distinctive nickname: the “Tacoma aroma.”