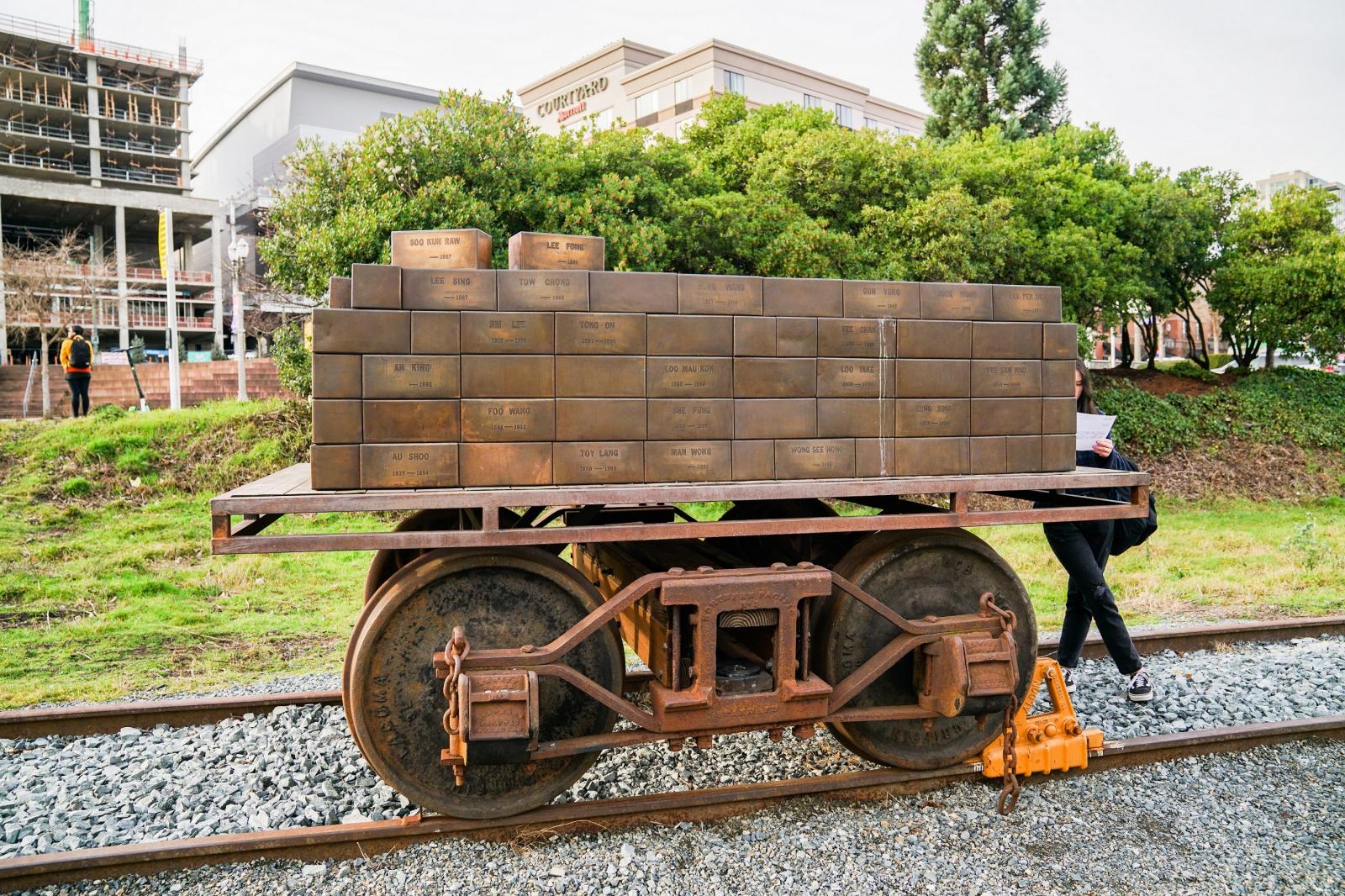 Shipment to China challenges us to think about the lives of thousands of Chinese immigrants who labored, and often died, building the railroad which ultimately transformed this region. How do you benefit from the contributions of these Chinese immigrants?

Shipment to China honors the thousands of Chinese immigrants who helped to build the transcontinental Northern Pacific Railroad in the mid-1800s. Although their contribution to the growth of this region is significant, most of their stories and identities are undocumented.

Haiying Wu, also known as Jason Wu, is a Chinese American artist. Wu created this sculpture for his master’s thesis at the University of Washington. Wu donated this sculpture to the Chinese Reconciliation Project Foundation who chose to display it here, the site of the original railroad. Visit the Tacoma Chinese Reconciliation Park on the city’s waterfront to honor and learn more about the Chinese community's contributions to this region. 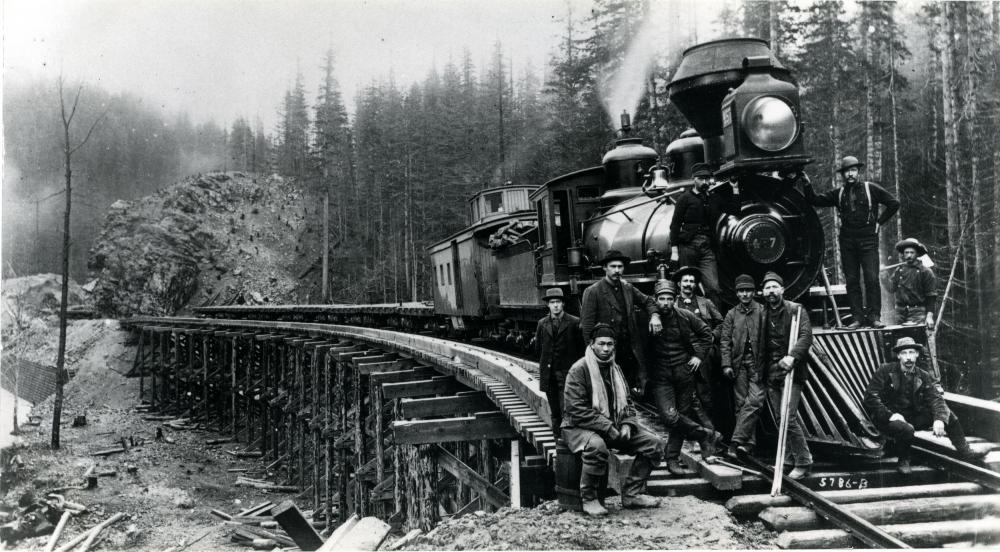 10 members of a Northern Pacific Railroad crew posing by locomotive no. 457 on the Stampede Tunnel line, in either King or Kittitas County, WA, ca. 1885. Courtesy Washington State Historical Society, 2015.0.316. 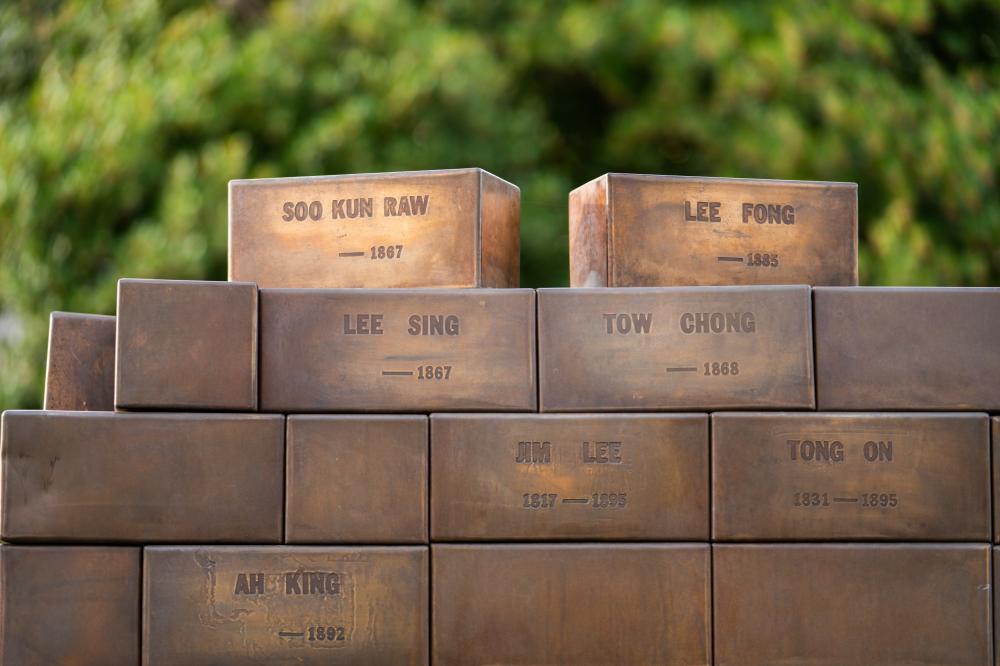 A detail of some of the names featured on the memorial. Courtesy City of Tacoma. 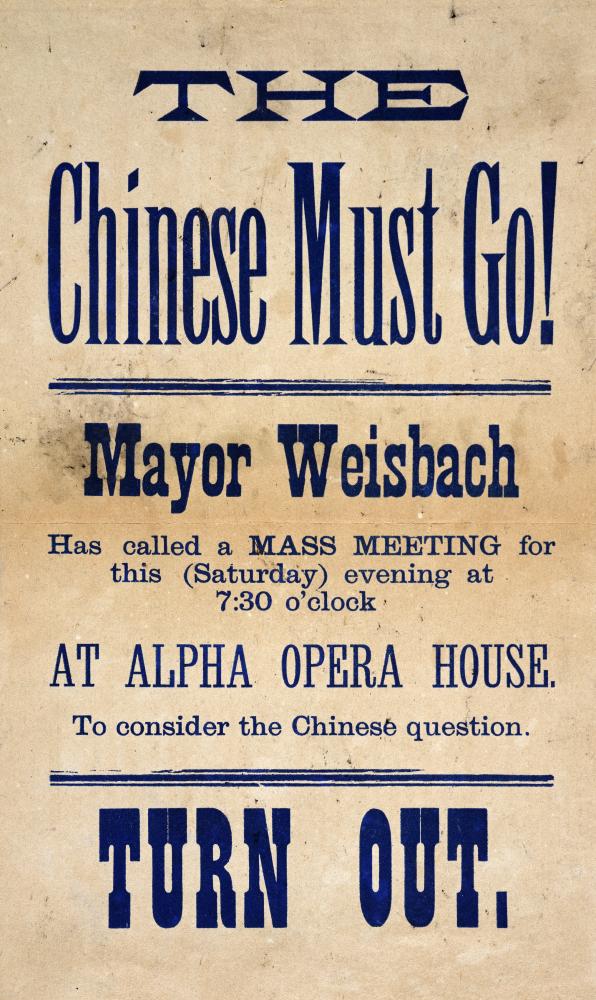 A native of China, Haiying Wu was a professional sculptor before emigrating to the US. In 1989, he participated in demonstrations in his hometown of Chengdu, getting caught in the square when the military attacked demonstrators.  Wu emigrated to the U.S. in the same year. He created this piece while a graduate student at the University of Washington. A prolific artist, his work can be found in Seattle, Lynnwood, Tacoma, Redmond, and in Chengdu, in the Sichuan province of China.

According to Wu,“This piece shows the bitterness of the Chinese experience in America during that time, for the railroad built by their efforts was the same transportation used to carry them out of Tacoma.”

Thanks to the Chinese Reconciliation Project Foundation for contributing this important piece for exhibition on the Prairie Line Trail, now displayed on the very tracks that the Chinese worked tirelessly to build.