Artist: Matthew DockreyMedium: Steel, etching on steel railsCommissioned by the City of Tacoma and funded by the Washington State Heritage Capital Projects Fund 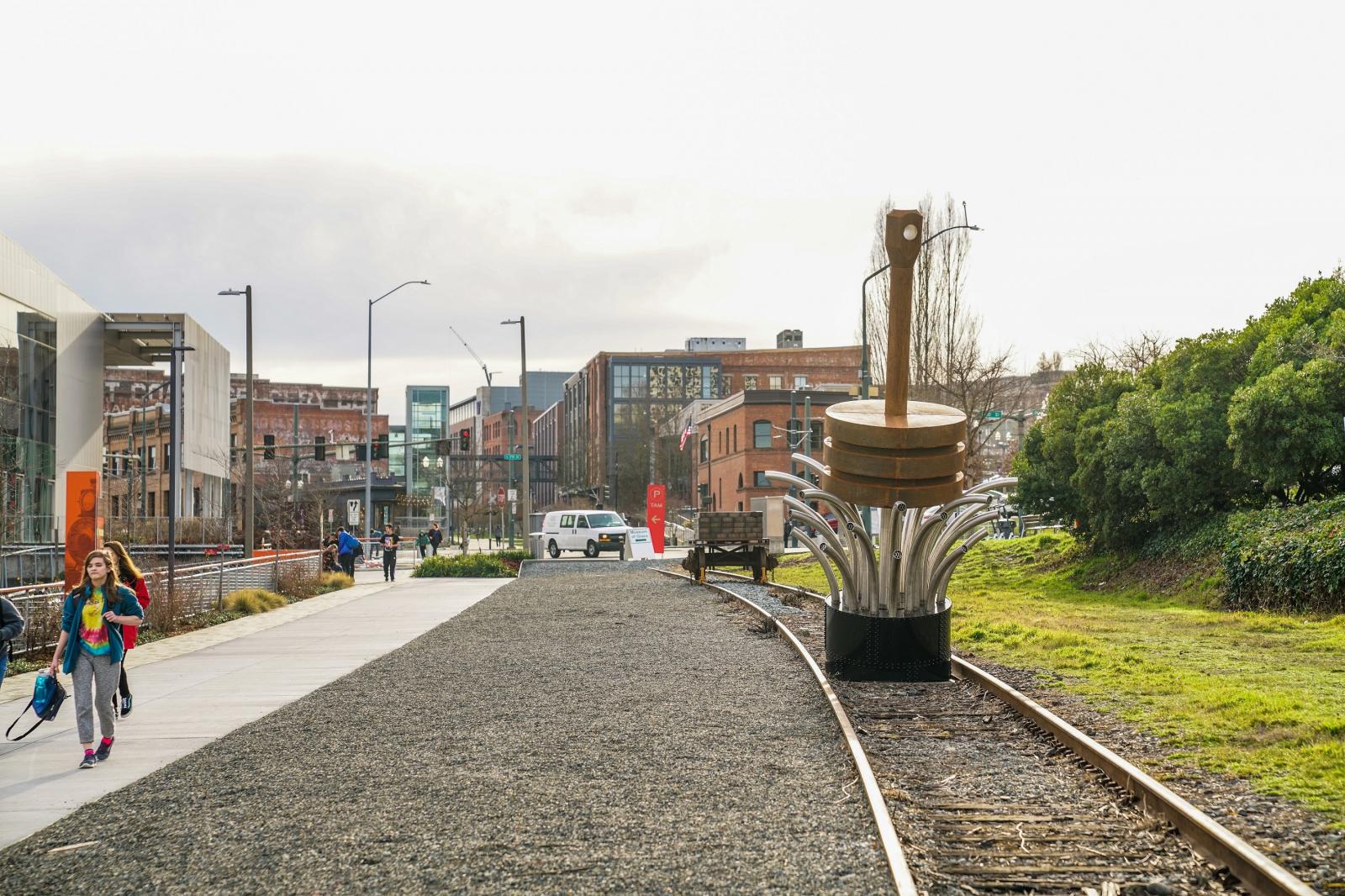 The writings etched onto these steel rails symbolize the flow of diverse ideas, languages, and cultures associated with the construction of the railroad. Consider how these writings reflect the history of Tacoma.

A two-part installation, Pressure + Flow addresses the many forces and voices associated with the construction of the Northern Pacific Railroad in Tacoma. Inspired by the inner workings of a steam engine, the sculpture represents Pressure: the pressure of the heavy trains and their impact on the landscape; the pressure to develop the city and waterfront as a center for trade and shipping; the pressure on Indigenous peoples and their ways of life. Words etched onto the steel rails symbolize Flow: the flow of communication and ideas; the flow of people and goods via the railroad; the flow of language, tradition, and culture. 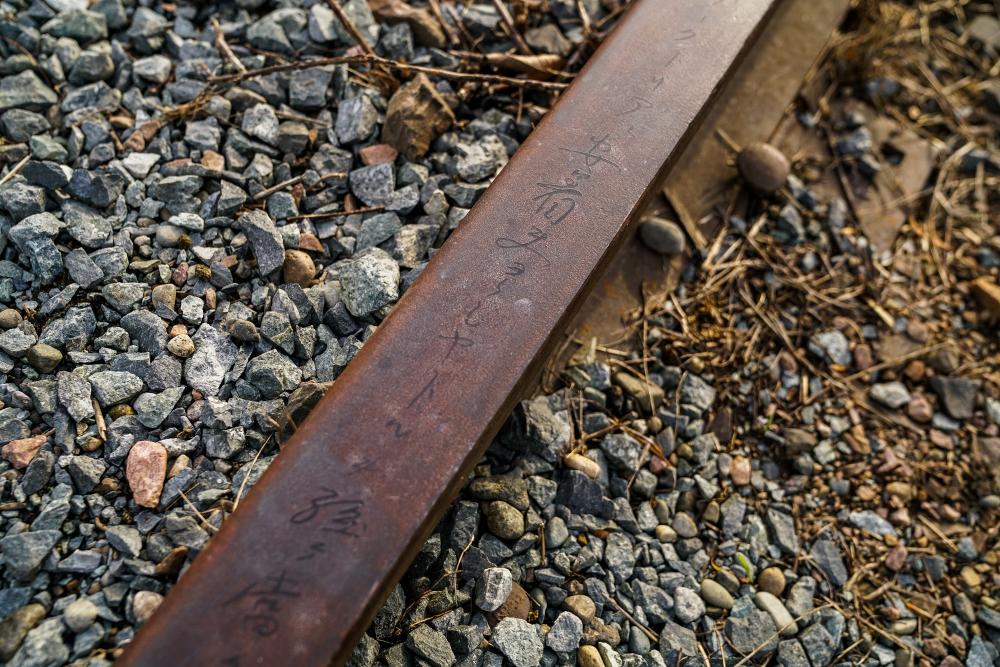 A detail of handwritten text from a letter written by Captain Matsuzo Sakamoto etched on the Prairie Line Trail train tracks by the artist. Courtesy of City of Tacoma.

How do these writings reflect the history of Tacoma: 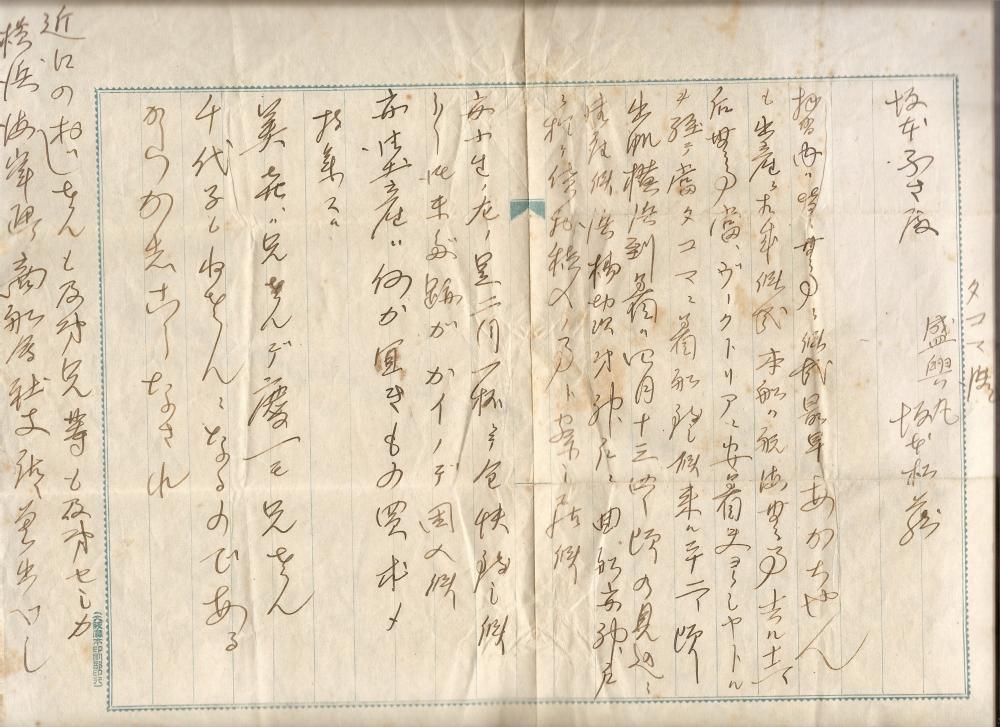 This letter translates as follows:

How are you and my family? Did you deliver a baby? Our vessel arrived at Victoria safely and has arrived at Port Tacoma via Seattle on March 12th afternoon. We will leave Tacoma around the 22nd. I’m supposed to arrive at Yokohama, Japan around the 13th of April. After returning to Yokohama, our cargo will be discharged and moved to Port Kobe and will be discharged again from there. My left leg recovered completely in February but I’m suffering, because that scar is still itchy. I will bring some souvenirs for you and our children. M and K will become elder brothers and Chiyoko will also become an elder sister. So, be good boys and girl.

P.S. I am wondering whether my brothers and uncle have passed their tests. So please send a letter to the Yokohama branch of my company. 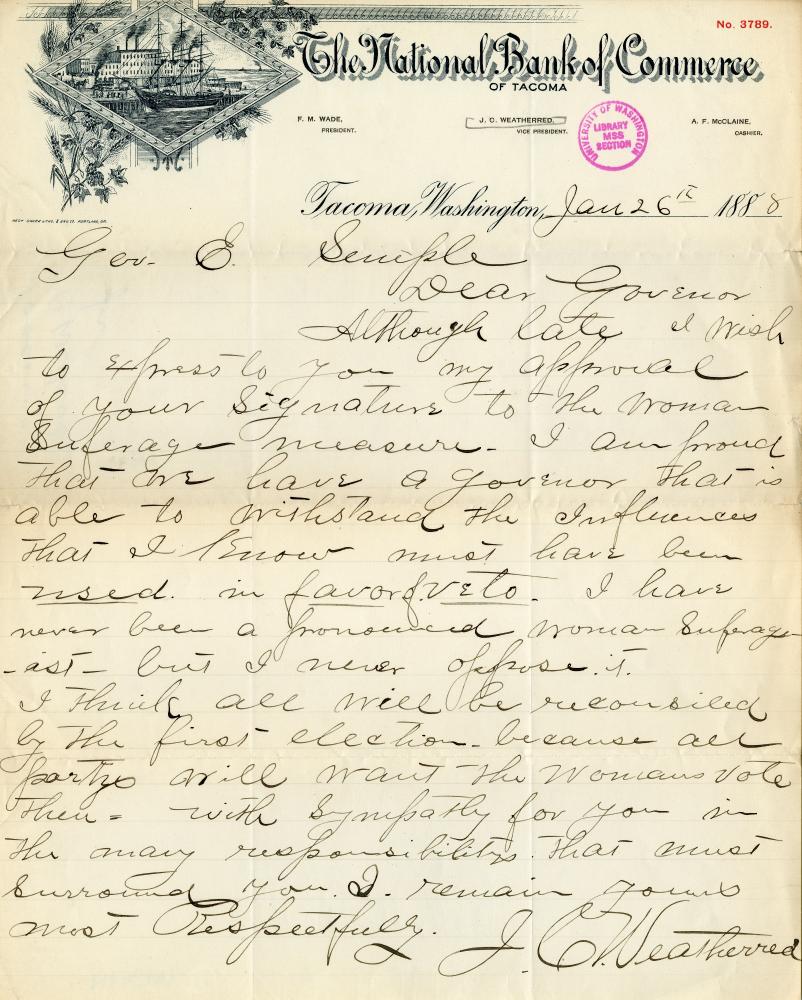 Matthew Dockrey is a Seattle-area industrial artist who works in metal, electronics, wood and textiles.  The history of technology provides the inspiration for much of his work, and he has a special love for machines, gadgets, gears that mesh properly, and history. His work has been featured on the Discovery Channel, at Greenwich Observatory in London, at the annual Burning Man festival, and around the Pacific Northwest.  Dockrey describes his work as “living at the intersection of gears and mad science.”

When asked how Pressure + Flow tells the Prairie Line’s story, Dockrey replied, “In many ways, the railroad is Tacoma’s story. It was just another small town until the Northern Pacific made it their terminus.” Dockrey insists that in many ways society is still moving to the frontier: “There are still such things as real estate bubbles and speculation, risk and reward, boom and bust.”